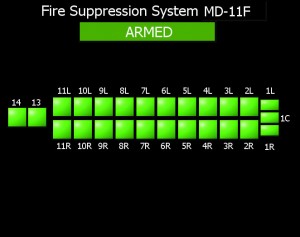 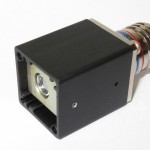 For certification the FAA requires that the cargo compartment smoke testing be conducted using an empty compartment. This method while practical for certification cannot completely represent the real world. The Ventura Aerospace Fire Suppression System relies on infra-red thermal detection to find a fire. The system utilizes an array of sensors that allow the system to not only detect a fire in the same amount of time or less than smoke detectors but also specifically pinpoint the location of the fire in the cargo compartment. Each container or ULD position has as many as eight individual aircraft-mounted sensors that look for a temperature change. It is this pinpoint accuracy of the system that allows suppression agent to be directed to the fire as opposed to the compartment. 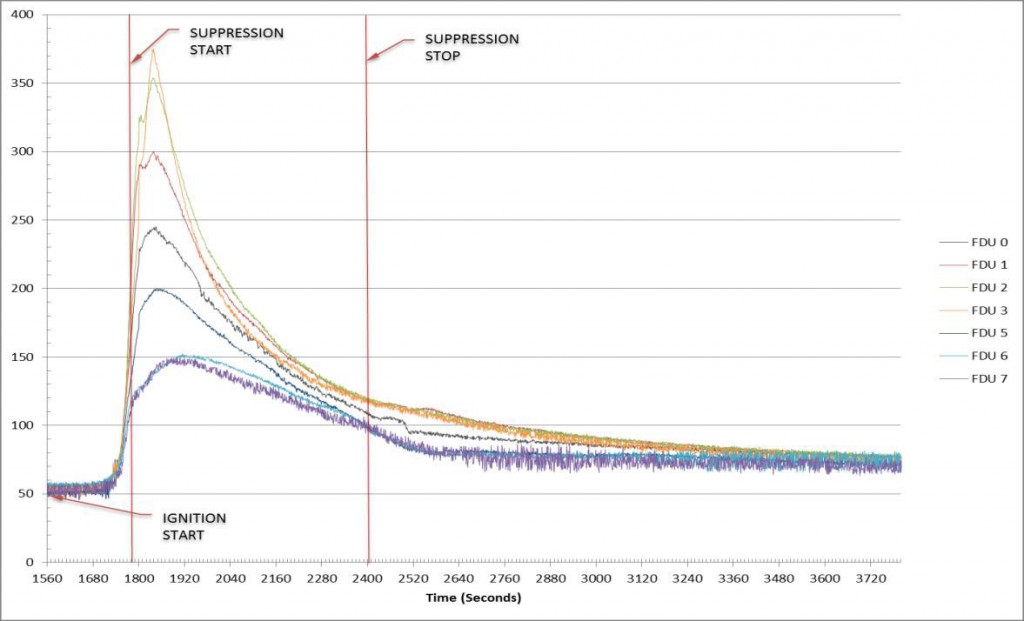 This graph is from data taken directly from the Fire Suppression System during a live fire at the Ansul burn test facility in Marinett, Wi. This test was conducted on an AMJ container with a full load of typical consumer laptops in their normal packaging. A heater was placed in the Li-Ion battery pack to induce a thermal run away.

The data shows that the fire itself becomes involved quickly. The thermal monitoring measures the actual temperature of the container as it heats up due to the fire inside. Once the system’s detection alogrithm is met suppression begins. The fire is effectively suppressed in ten minutes. To ensure that no flare ups occurred the test continued for an additional four hours.

Live fire tests have shown that the initial response time to the fire is crucial. By using the thermal sensors to detect the fire the system can locate and suppress the fire quite rapidly. It is imperative to know that detection alone is not good enough. Without suppression a fire like this will have breached a container within 10 minutes at which point loss of the aircraft is likely.